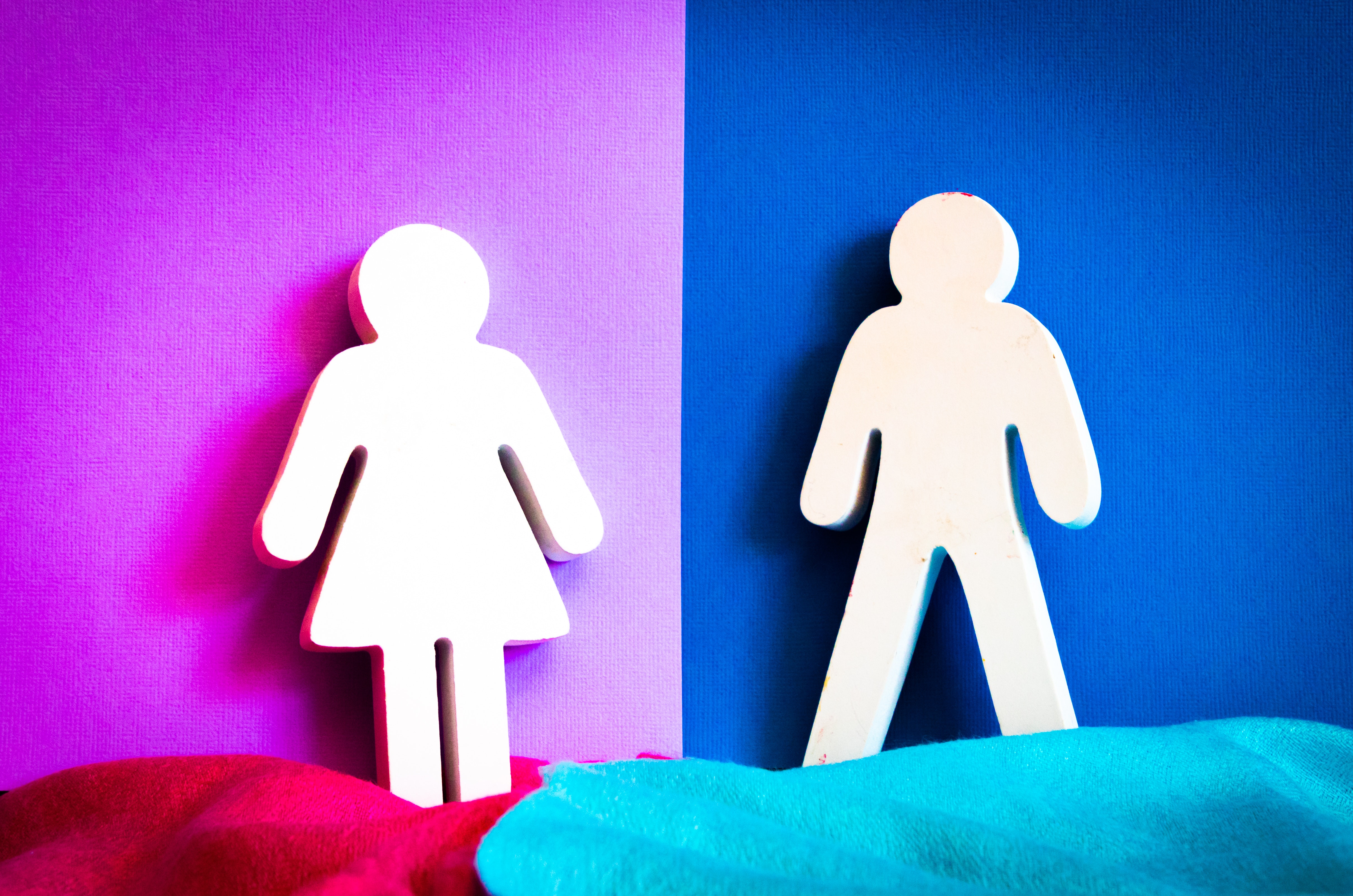 In 1969, Johnny Cash recorded a song titled "A Boy Named Sue" at the San Quentin Prison in California. The ballad depicts a boy abandoned by his father at three years of age, leaving him a guitar and naming him Sue. As the young boy grows to be a man, he suffers intense ridicule and harassment for having such a feminine name. As a result, he becomes a hard-bitten, tough hombre who was bent on finding and killing his father for giving him such an awful name.

As the story progresses, Sue finds his long-lost father in a smoky saloon in Gatlinburg, Tennessee. He angrily confronts that dirty, mangy dog, "My name is Sue! How do you do? Now you're gonna die!" Then, he hit him right between the eyes, starting a bloody battle that spilled into the street. The fight stopped when they found themselves standing face to face, guns in hand. With a smile on his face, his father then said:

"Son, this world is rough,

And if a man's gonna make it, he's gotta be tough.

And I knew I wouldn't be there to help ya along,

So I give ya that name, and I said goodbye.

I knew you'd have to get tough or die,

And it's the name that helped to make you strong!

Most folks can understand and appreciate how a young man would struggle with such a feminine name. God created us as male and female, and while there are many similarities, we are biologically different (Gen 1:26-28). Our anatomies, personalities, desires, and interests are all shaded by our biological sex. Therefore, a boy given a feminine name would either need to become a tough man or give up and act like a girl.

For most of the history of humanity, the latter was unthinkable for most. It would be better to change names than to live as the opposite sex. In recent times, this thinking has changed. Our public schools and universities lead boys and girls to believe that they don't have to be what God has made them. They now think they can change their sex just as freely as changing their names.

Before you think me insensitive, there have always been young boys who like to do things that are considered more feminine. They don't enjoy roaming the countryside looking for snakes; instead, they read, play music, and have tea with their sisters. And, we've always had tomboys who enjoy knives, guns, and fast cars. Never in history have we tried to push the belief that these boys and girls are confused about their gender. Therefore, they should identify as the opposite sex and follow up with surgical changes to their anatomy. Well, that is until these past few years.

Recently, we witnessed the Senate confirmation hearings for Rachel Levine (formerly Richard), a transexual who Joe Biden has appointed as the assistant secretary of health. Rand Paul, R-Ky, asked if she believes minors can decide to change one's sex. Levine avoided the question by saying that, "Transgender medicine is a very complex and nuanced field, with robust research and standards of care that have been developed," She went on to say that "her" office would work with Paul's office on standards of care. Again, he pressed the issue and received the same response. Therefore, he asked that the Senate record reflect that "the witness refused to answer the question."

There you have it. The President of the United States has nominated a transgender assistant health secretary who believes that your teens and even preteens should have a choice to take puberty blockers and undergo surgery to destroy their God-given anatomy. These drugs can cause harmful side effects, including infertility. The surgeries would have been classified as brutality by the previous generations. The government wants to make them available to your children well before they can drive or vote—all without your consent.

Folks, things may be coming to a head. The Apostle Paul warned that in the last days, men would be lovers of self (2 Tim 3:2) and that evil men and imposters would proceed from bad to worse as they deceive and are deceived (2 Tim 3:13). In this brave new world, the elite class tells us that Stu can become Sue if he (or ze) wants.

The US House of Representatives just passed a bill dubbed the Equality Act, which has been called the greatest threat to religious freedom in our lifetime. If it becomes law, this legislation adds "sexual orientation" and "gender identity" as protected classes under federal civil rights law. If this bill passes the US Senate, it will not allow businesses, including faith-based organizations, to refuse to hire LGBTQ candidates based on their sexual orientation or gender identity. For example, a Christian school could find itself in trouble for not hiring a transgender candidate who is otherwise qualified for the position. Also, as part of the bill, businesses will be forced to allow transgender people to use the bathroom of their choice. If this happens, the government could force Christian schools to open their girls' bathrooms to biological males. But wait, there is more. These males may also be allowed to compete on female sports teams. Just imagine your sweet daughter wrestling Stu.

Now, you might be asking how all of this will affect the church. After all, we Christians still believe that in the eyes of God, Stu and Sue are biologically different. No matter where you look in God's creation, we see example after example of masculinity and femininity playing out as the animal kingdom goes about its business. We also have God's word, which resolutely tells us that God created the heavens and the earth and that He created this world with order (Gen 1:1). The earth is the Lord's and all it contains, right (Ps 24:1)? The answer is an emphatic, yes! And this is where the battle will be fought.

You see, the world has no use for archaic folk who believe in ancient philosophies about the world. They don't want God to tell them how to live. Therefore, the act of proclaiming the word of God in its entirety is becoming treasonous. Thus saith the Lord is squarely at odds with thus saith the state, and the state won't back down. Government officials have been clear that they do not intend to allow the church to exist without bowing to government demands. This scenario should remind the Christian of Daniel three. Nebuchadnezzar made an image of gold and decreed that every man was to bow to it. Hananiah, Mishael, and Azariah[1] refused to do so and the officials threw them into a fiery furnace in which the Lord protected them.

You might be asking, "Are we coming to that point in America?" Well, I don't think any of us face a furnace of fire anytime soon. But I do believe persecution is upon us. Government mandates regarding COVID-19 demonstrate that the government will not hesitate to suspend its citizens' constitutional rights for "reasons of safety."

The arrest and detainment of Pastor James Coates for violating a COVID order to limit gatherings show that in some places, the state will not hesitate to flex its muscle by arresting citizens for exercising their rights. I am convinced that these relatively mild incursions are test cases to see how far they can push their citizenry. Recent events reveal that most are fearful enough to give up their rights in the name of safety. Yet, giving up our freedoms may be the most dangerous thing we could do.

Let's bring this back to the LGBTQ agenda and the church. You have already put this together if you're a critical thinker. Our public schools and universities have been conditioning students by providing them with "safe spaces" and protecting them from unsafe speech. Universities and their students regularly chastise conservative speakers for their "messages of hate." Increasingly, there is no room in the public square for those who hold to the biblical worldview that God created mankind as male and female (Gen 1:26-28). With legislation like the Equality Act so close to passing, we cannot but think that the day is coming where the state will censure preachers for the damage inflicted upon the LGBTQ community for preaching the whole counsel of God.

As the church, how should we handle the oncoming flood? As with any crisis, we need to prepare ourselves. Preppers prepare themselves by stocking food and readying themselves for an extended emergency. There is wisdom in physically preparing for the worst, but as Christians, we are to spiritually prepare by putting on the full armor of God (Eph 6:10-11). Here are ten steps which are taken from Ephesians 6 which the church needs to take as we approach these difficult days: