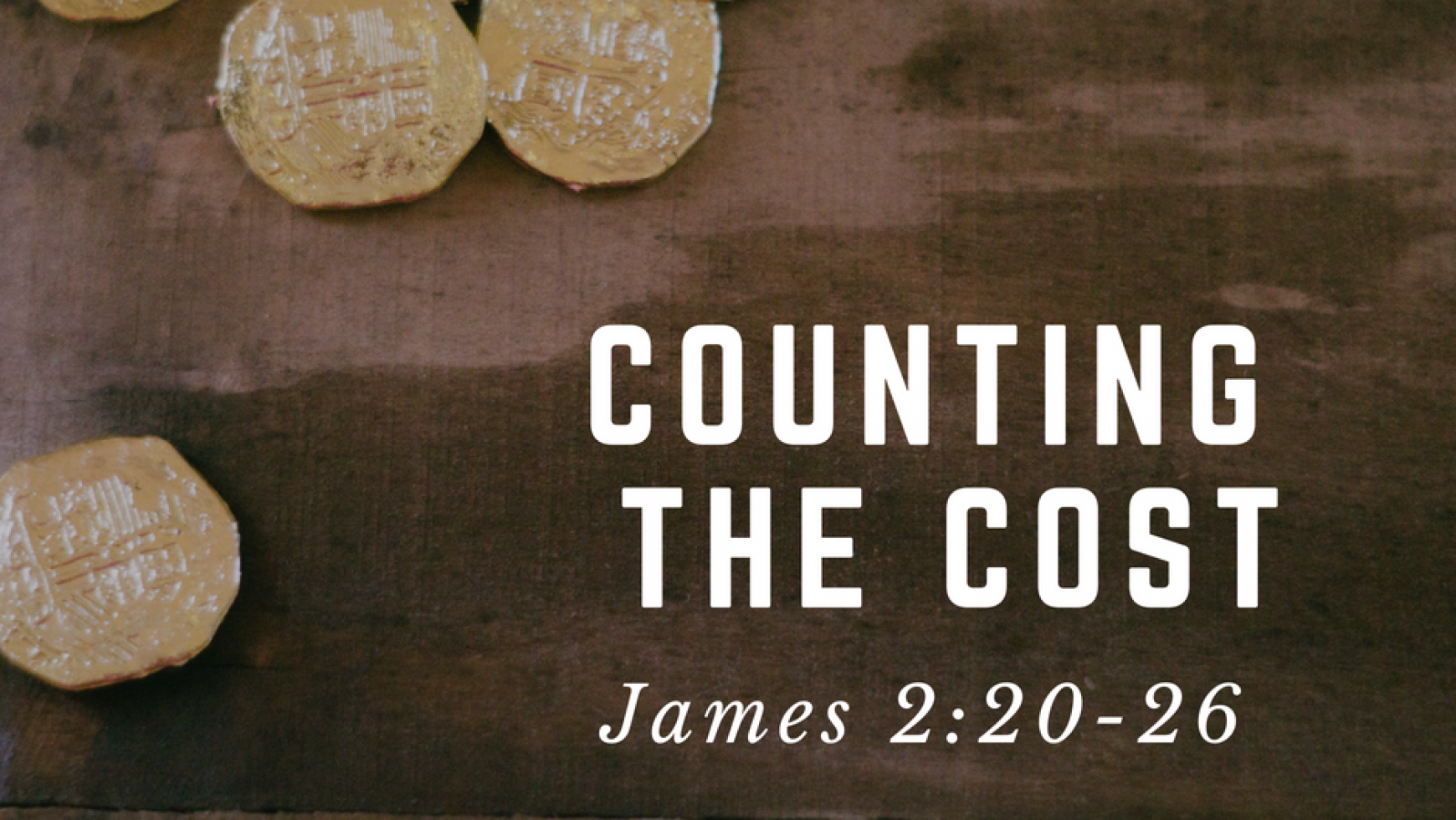 “But are you willing to recognize, you foolish fellow, that faith without works is useless? Was not Abraham our father justified by works when he offered up Isaac his son on the altar? You see that faith was working with his works, and as a result of the works, faith was perfected; and the Scripture was fulfilled which says, “AND ABRAHAM BELIEVED GOD, AND IT WAS RECKONED TO HIM AS RIGHTEOUSNESS,” and he was called the friend of God. You see that a man is justified by works and not by faith alone.

In the same way, was not Rahab the harlot also justified by works when she received the messengers and sent them out by another way? For just as the body without the spirit is dead, so also faith without works is dead.”
(James 2:20–26)

As he penned his powerful letter, James was incredulous that anyone could believe that true faith can exist in the absence of works. Undoubtedly, some of the letter’s recipients pointed to their profession of faith in Jesus as their confidence of salvation. Shockingly, some of them had turned away cold and hungry brethren with a wave of the hand and a prayer and had shown favoritism toward the wicked men who had put their struggling brethren in that grim position (James 2:16 cf. 2:1–4). Most likely, they did this to protect themselves against the same fate. James warned that this type of faith is not only useless to save—it is demonic (James 2:19).

Some people have tried to say that James was at odds with Paul on the nature of salvation, but this can’t be further from the truth. James knew that works did not save Abraham, and he understood that Christians are saved by grace through faith and did not need the Apostle Paul to teach him this truth. Earlier in this letter, he said, “In the exercise of His will He brought us forth by the word of truth” showing that he understood that salvation is by the will of God.

You might ask why James says that Abraham was justified by works. The answer lies in one word. James carefully states the fact of Abraham’s salvation was fulfilled by the offering of his son. We must understand that James used the word “fulfill” to show that Abraham’s belief was proven genuine on that mountain. Clearly, James understood sovereign election, and he realized that real faith will always result in good works and is pleasing to God.

We must be able to recognize whether we have genuine faith. As such, James gives two marks of a genuine faith which pleases God.

Amazingly, James turned the tables on the doubters. They were trying to prove that their faith was like Abraham’s, but he used Abraham to show them that righteous works will always reveal genuine faith. Abraham’s willingness to sacrifice Isaac, the promised heir, at God’s command, proved Abraham’s faith. We must realize that he already trusted that God could raise the dead as he climbed the mountain and prepared the altar (Hebrews 11:19)!

All of this won’t surprise us if we have carefully studied James’s letter. Earlier in chapter one, he stated, “Consider it all joy, my brethren, when you encounter various trials, knowing that the testing of your faith produces endurance.” We know that he has these verses in mind as he discusses God’s testing of Abraham’s faith because the scripture states that “his faith was perfected” which is the same language James used in chapter one. We should also note that the phrase “testing of your faith” could be rendered “the genuineness of your faith.” In other words, only genuine faith produces the endurance James describes. Abraham’s attempted sacrifice of Isaac proved to the world that the faith expressed in Genesis 15:6 was genuine!

Abraham believed God’s promises and was willing to sacrifice all to Him. As Christians, this level of trust for God must characterize our lives. We owe our salvation and our very lives to Him; why should we withhold anything from Him? Brothers and sisters, I beg you to count the cost and be willing to sacrifice all for God! If not, then you may not have true faith.

But, James was not finished. He pointed out to them that their professed faith didn’t even measure up to Rahab—a Gentile prostitute. She risked her life for a God of whom she only had second-hand knowledge. She was willing to defy the king of Jericho at the risk of her life to show hospitality to the spies. Shockingly, the doubters were unwilling to risk their status for the brethren much less their lives.

This brings us to the crux of the issue. In this country, we possess riches that were unimaginable to James’s audience. Even the poorest among us are wealthy. But, don’t trust your riches, they will fade away. Don’t be deceived by your comfort, my brethren, your life is a vapor that appears for a little while and then vanishes away.

What kind of faith do you have? Are you willing to sacrifice everything for Christ? Are you prepared to risk it all for Him? If the thought of laying it all on the line causes you to make excuses because you enjoy your comfortable life, then you should examine yourself. My prayer is that you will take up your cross and follow Christ now so that when you stand before Him at the judgment, you will hear the words “Well done, good and faithful servant,” and that none of you have to hear the words “Depart from me, I never knew you.”